Single Board Computer, BBC micro:bit go, Pocket Sized, Fun and Easy to Use 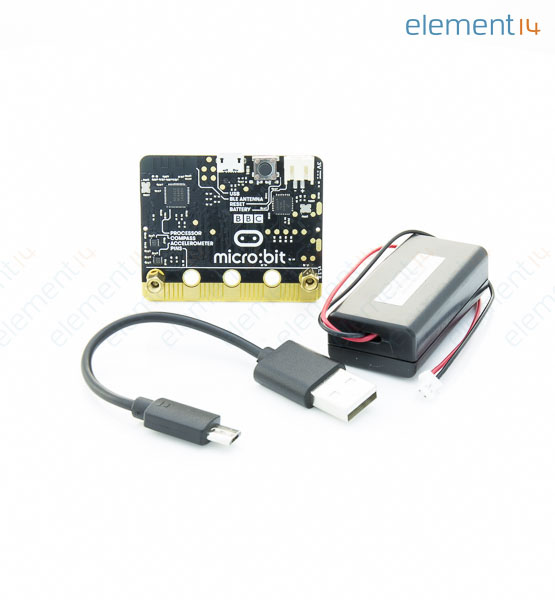 The MB158-US from Element14 is a BBC micro:bit go single board computer. Get creative, get connected & get coding with the BBC micro:bit go. It is a complete set containing all the parts and four inspirational ideas to get started with the BBC micro:bit. The BBC micro:bit is a pocket sized computer that user can code, customise and control to bring user's digital ideas, games and apps to life. Measuring 4cm by 5cm and designed to be fun and easy to use. The BBC micro:bit is completely programmable. That means each of its LEDs can be individually programmed as can its buttons, inputs and outputs, accelerometer, magnetometer and Bluetooth smart technology (connect the micro:bit to other micro:bits, devices, phones, tablets, cameras and other everyday objects). It has 5x5 LED matrix with 25 red LEDs to light up and can display animated patterns, scrolling text and alphanumeric characters.

Enter Your Part No/Line Note
Add your own part number/reference to each product. This number will be added to the Order Confirmation, Invoice, Dispatch note, Web confirmation Email and Product Label
Lines note are comments you can add to each line of your order. Your line note will appear next to that product in your Order Confirmation, Invoice and Dispatch note. Your line note will last for the lifetime of the order only.
Add to Favorites
Total Price:
Total Price: ( )
Total Price: --