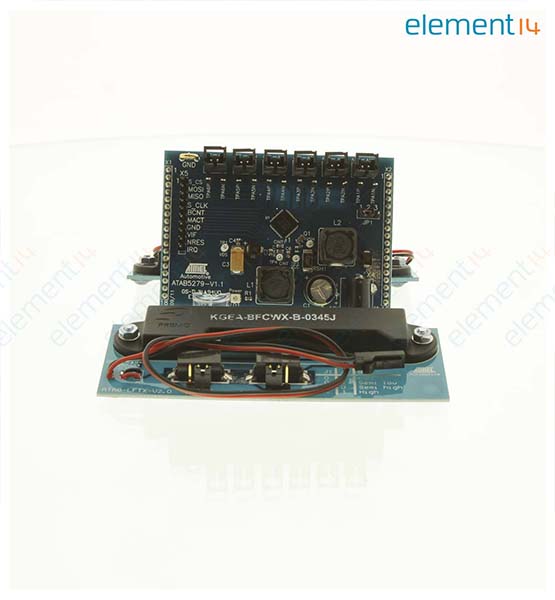 The ATA5279 is an LF coil driver IC intended for passive entry go (PEG) systems. It can drive up to six low-frequency antennas (coils) to provide a wake-up and initialization channel to the key fob. It drives up to 1A peak current on first 3 channels and up to 700mA peak current on the second 3, largely independent of battery voltage. A boost converter to stabilize the antenna current independently from the battery voltage as well as from antenna tolerances. ATA5279C LF driver, a widely used device for automotive car access applications. LF drivers will evolve to become a key PEPS device in response to the ever present need for integration and cost reduction while enabling new applications such as wireless power charging for mobile devices or connectivity through NFC with NFC enabled devices.
X