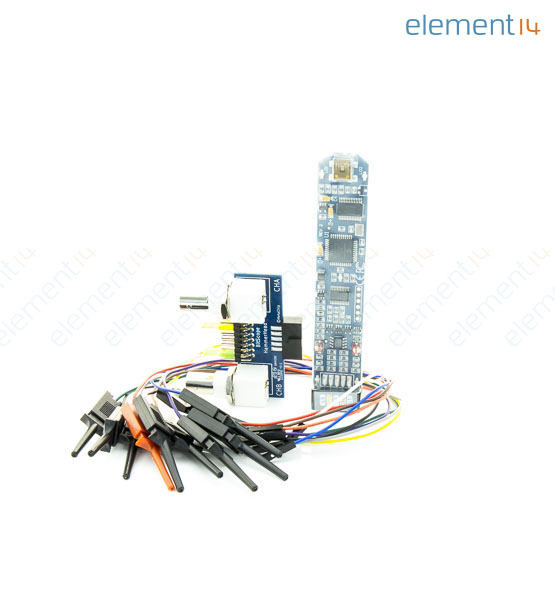 See all from this product range

This is a bundle offer with a Bitscope Micro and a 2 port BNC adapter for a direct connection to various Oscilloscope probes! The BitScope "Micro" Model 5 is the world's first mixed signal scope to include a powerful logic protocol analyzer, waveform & pattern generator, spectrum analyzer and data recorder in one tiny lightweight and waterproof USB powered package. It is fully user programmable, captures digital and analogue signals simultaneously at high speed to 12k buffer and can stream continously direct to disk. BitScope Micro is compatible with Raspberry Pi, Windows, Mac OS X and Linux on x86 and ARM. It's your ideal test and measurement companion. The software and guides are included and must be downloaded from bitscope.com (not in the package). The quickstart guide in the package provides instructions.
X

Enter Your Part No/Line Note
Add your own part number/reference to each product. This number will be added to the Order Confirmation, Invoice, Dispatch note, Web confirmation Email and Product Label
Lines note are comments you can add to each line of your order. Your line note will appear next to that product in your Order Confirmation, Invoice and Dispatch note. Your line note will last for the lifetime of the order only.
Add to Favorites
Total Price:
Total Price: ( )
Total Price: --